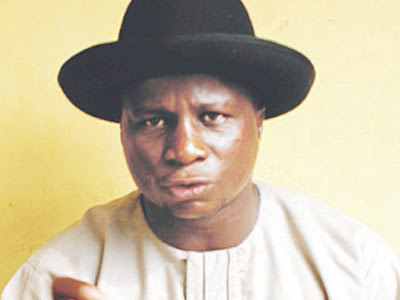 The woes and underdevelopment that have bedeviled the oil rich Delta State has been blamed on what he called insensitive and corrupt governments that have governed the state since the advent of democracy.

Speaking on Saturday during the flag-off of Civic Sensitization Campaign, tagged “The Citizen’s Duty In Enthroning Good Governance” organized by a non partisan political forum known as Face to Face Political Network, held at the Nelrose Hotel Asaba, the Executive Director of Africa Network for Environment and Economic Justice, (ANEEJ), David Ugolor, noted that in the state things are going worst with high level of impunity by political office holders.

Mr. Ugolor who hails from Oghara, Ethiope East local government area of the state asserted that politicians in the state are nothing but “thieves”, calling on all Deltans to use their Permanent Voters Cards (PVC) to vote out corrupt politicians in the forthcoming elections, saying that “In Delta State things are going wrong, the level of impunity is high. God blessed us, everything we require God has given to us but has become a resource curse”.

According to Ugolor, some traditional rulers and religious leaders are complicit as well as youth leaders neck deep the crude method, “Corruption is not only from politicians, our traditional rulers and pastors are involved. The only way we can reverse it is to be organized. They are purporting that what is obtainable in our state is to share the money”.

The renowned human rights activist stated that politicians are dangling bags of rice, beans and peanuts before the people each political year to deceive the masses into voting for them, “every time you share a bag of rice, collect money, what that means is that you are sharing your future”, he warned Deltans.

“Oil will never be the future of the state but you. Revolution is the only way we can clean Delta State and the only instrument we can use to resist them is our voters’ card.”, noting that about 60-70 per cent of projects executed by previous and present governments in the state are sited in places where they are not needed just as he said they are not meaningful to the state, “the companies that execute these projects belong to their relatives and political allies and the Asaba airport is a huge fraud”, he alleged.

The activist, opined that Delta state chapter of the Peoiples Democratic Party (PDP) and the All Progressives Congress (APC) at the central are all made up of same category of people.

Speaking the same vein, the National Coordinator, Centre for Peace and Environmental Justice (CEPEJ), Sheriff Mulade, who was represented by his Executive Director, Mr. McDonald Ekemezie, highlighted the citizen’s role in the enthronement of good governance.

While advocating an electorate-driven leadership system, where political power truly resides with the people, Mr. Mulade called for a revolutionary change of corrupt and inept leadership at all levels of government through the ballot and challenged Face to Face Network to champion the movement in Delta State.