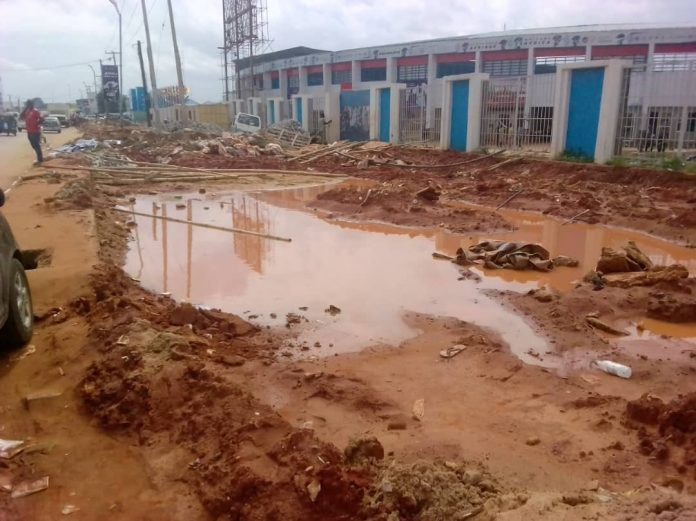 Mixed reactions and condemnations have continued to trail the hasty way and manner, Delta state governor, Ifeanyi Okowa, went about the hosting of the ongoing 21st African Senior Athletics Championship in the yet to be completed stadium in Asaba, named after a late footballer, Stephen Keshi.

Our correspondent reliably gathered that because of the purpose of amassing wealth, the governor and his cohorts hurriedly embarked on the hosting of the international event in the uncompleted stadium which was allegedly used as conduit pipe.

The multi-billion naira contract awarded to former President of Athletics Federation of Nigeria (AFN) and chairman of the championship Local Organising Committee, (LOC), tagged ‘ASABA’, Mr. Solomon Ogba, was yet to be delivered before the commencement of the international event which observers, residents and respondents have faulted and described as an international embarrassment.

HardReporters sports editor who visited the uncompleted stadium observed that construction was still going on while at the front of the stadium, the interlocking could not be done, as well as the Swimming Pool.

The event which was declared open on Wednesday, August 1st, 2019, kicked off without the Score Board, Fog Lights and lack of water at the rest rooms while the premises of the stadium remained untidy.

“Delta state based Journalists were not fairly treated by the media committee unlike the fair treatment accorded the Lagos, Abuja and foreign based Journalists. The convenience rooms provided by the organisers of the championship lacks water, a situation where participants and spectators who used the facilities could not see water to flush out the toilet system leaving the place messed up.” a local Journalist lamented. 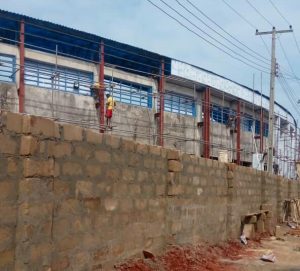 The participants who spoke with our correspondent however expressed dismay over the level of work done at the stadium and poor preparedness towards the championship especially on the part of the Local Organising Committee (LOC) who had over a year to plan well and prepare for the event, describing the stadium environment as embarrassment. 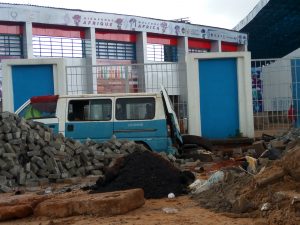 A cross session of Deltans, participants and spectators who spoke with our correspondent lamented the way and manner the whole event was poorly organised despite the released of over N3 billion by governor Okowa to his younger brother and the LOC chairman, Mr. Ogba.

It would be recalled that following the poor manner the event was packaged despite the huge sums released, the opening ceremony and other sports which were scheduled to hold by 2:00pm on that very Wednesday were shifted.

In a statement issued in Asaba by the head of the media of LOC, Mr. Thomos Olukayode, had stated that “Due to some organising problems it was decided to cancel Day one (1) of the competitions programme for round one (1) of the 100m events, Men and Women and the 10000m Men final event”, adding that there will be a reschedule of the rest of the program to sit into the remaining four days. 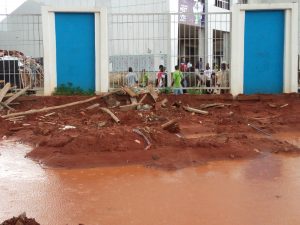 Former governors of the state, Mr. James Ibori and Mr. Emmanuel Uduaghan were conspicuously absent from the event which government house sources attributed to the poor and shameful manner the international event was organised.