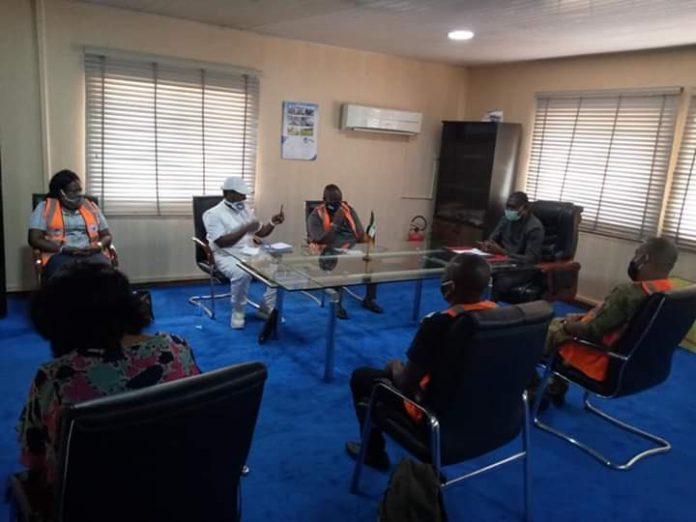 A coalition of Delta State Civil Society Organizations, (CSOs) have commended the state commissioner for Works, James Augoye, describing him as the best thing that has ever happened to the Ministry and indeed Delta.

The Civil Society Organizations gave the commendation Tuesday while on a courtesy visit to the works commissioner in his office.

The delegation of the coalition of the CSOs which was led by the state oordinator, Okezi Odugala and the Senior Special Assistant to the governor on civic engagement, Rex Anighoro, poured encomiums on the commissioner for initiating road construction and supervision in riverine communities of the state leading to the increased of economic activities in those areas.

The group also commended and thanked Augoye, specifically for the completed and commissioning of the old Ozoro/Oleh road in Isoko South and North local government areas of the state.

The group however used the occasion to nickname the works commissioner ‘The Road Master Behind The Road Master’, a nickname they said is born from the popular ‘Roadmaster’ name given to governor Ifeanyi Okowa, who they said has done credibly well in the area of road infrastructure in his ‘SMART’ agenda aimed at creating a #StrongerDelta for all.

In his response, the Delta state Commissioner for Works, James Augoye, thanked the coalition of Delta State Civil Society Organizations, (CSOs) for the visit and recognising the giant strides of governor Ifeanyi Okowa.

While soliciting for the support of the civil society organisations in the state for the Okowa led administration, Augoye, assured the organizations the readiness of his ministry to partner with them in the area of protecting and monitoring government projects during execution to encourage citizens engagement.