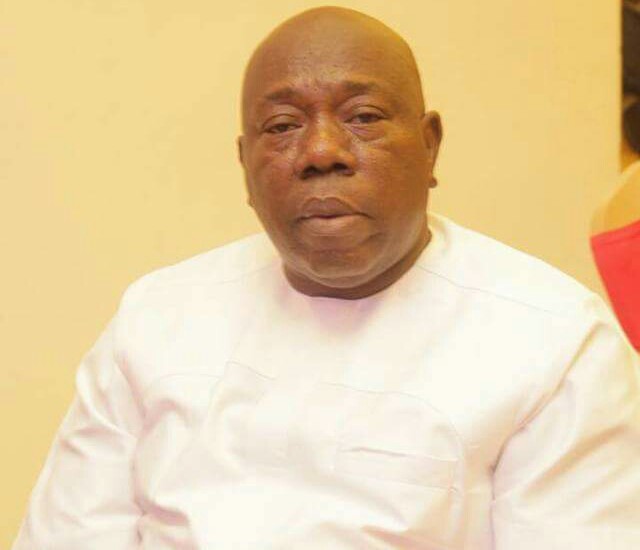 Voters at the Irri wards (17 and 18), (19 and 20), widely known as ward 10 and 11, Isoko South Local Government Area of Delta state who came out to cast their votes in the Saturday’s local government elections accused, former house of Assembly member representing Isoko South constituency 1 and governor Ifeanyi Okowa’s political ally hijacking electoral materials and officials of the Delta State Independent Electoral Commission, (DSIEC) by one Ross Uredi.

Our correspondent who monitored the election across the state reliably gathered that Uredi who was said not to be in town as at the time of the election, had allegedly given instructions to his boys on ground on what to do in making sure the electoral officials and materials are diverted to his Idheze home town.

Speaking with one of our correspondents at Irri town, a visibly angry electorate who simply identified himself as Aghogho said “There was no voting at all at all in all the Irri wards, Uredi hijacked everything to his residence in Idheze where they took them to late Chris Olakpe’s residence in Idheze where all the voting took place. We didn’t see voting materials, no electoral officials, everything was done at Idheze at the instruction of Uredi.”

It was observed at Uzere community that policemen from the Isoko South division suspected to be working for the DESOPADEC MD who is also a PDP leader in the area, arrested an APC member, and his handset confiscated by policemen from Oleh for insisting that all the electoral materials must be brought out for the election.

Eru street, unit 10, Oleh ward 1, Isoko South council area, the voting was peaceful, and speaking shortly after casting his vote, the member representing Isoko South constituency 1, Kenneth Ogba, expressed satisfaction even as he thanked and commended the electorates for coming out enmass and voted for the PDP and the levels of maturity displayed at the polls.

At the polling unit 005, Oleh ward 02, Isoko South council area, our correspondent observed that the DSIEC agents presented four booklets of ballot papers totally 400 sheets but there was no result sheets where votes can be recorded with the signature of party agents and following the development, electorates drove the commission’s agents out of the unit without elections.

Speaking with our correspondent about the development, a human right advocate, Emumema Michael said “it is totally uncalled for and highly irresponsible on the part of the Delta state government to waste public funds on a kangaroo election where votes of the electorates will not count. PDP has always undermined and denied Deltans of their lawful franchise over this years.

“But one would have thought the party will change following its dying popularity. I want to particular call for electorate reforms across the country because the third tier of government that is closest to the people is now a scam. INEC should be in charge of local government elections not state governments that use the avenue to reward their families, friends and cronies.”

At Ozoro, headquarters of Isoko North local government council, the immediate past council chairman, Emmanuel Egbabor, disclosed that the local government area is PDP as such the people voted for the PDP, adding that through his efforts and that of the former Secretary to the State Government, (SSG), Ovuozourie Macaulay, and others staunch members of the party in canvassing supports across the wards in the past few days before the election gave the party an edge even when some self acclaimed leaders of the party could not move round the awards for campaigns.

At DSIEC Ward 8, Owhelogbo ward 2, at Owhelogbo community, the election was peaceful, voters were seen casting their votes as at the time our correspondent visited.

Speaking with our correspondent shortly after casting his vote, former Secretary to the State Government, (SSG) and current Director General, Warri, Uvwie and Environs Development Agency, Ovuozourie Macaulay, noted that the election was peaceful but however expressed some reservation on the part of the commission.

At Ekrerhavwe-Agbarho, Ughelli North local government area, the Executive Director, Business Development NEXIM, told our correspondent that there was no election in her area, adding that the whole exercise was a sham and the commission’s chairman is a big disappointment to democracy.

“The exercise is very peaceful here in Osubi and that is also the feelers that I am getting from all over Okpe local government area and we give God the glory. We have a sellable and acceptable chairmanship candidate and we are sure of victory at the end of the day.”

The commission however refused to conduct elections in areas where candidates were returned unopposed even as some angry mobs allegedly stormed the commission’s office on Friday night at Ughelli, Ughelli North council area in an attempt to set the building on fire, but the timely intervention of the policeman saved the situation.

Voters’ apathy however greeted some parts of the state such as Sapele, Ughelli South, Udu, Oshimili North and South among others.

Meanwhile, Delta state governor Ifeanyi Okowa on Monday sworn in the newly elected council chairmen and their vice at the cenotaph, Asaba, with a charge to the newly-elected chairmen of the 25 local government councils in the state to formulate policies and programmes that would impact positively on the socio-economic well-being of rural people.

Okowa, explained that it was necessary for the chairmen to make the people the thrust of the councils’ activities so as to emancipate the people from poverty to prosperity.

He noted that many people at the grassroots still lived below poverty line, adding that there was need, therefore, for the chairmen to pay special attention to the most vulnerable. 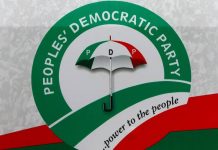 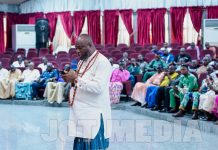 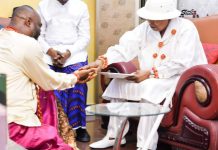