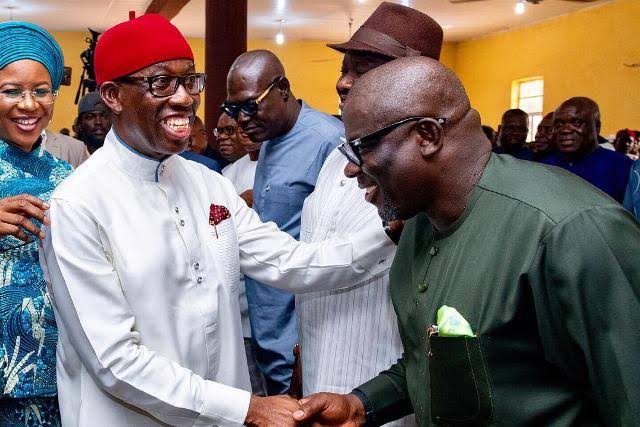 Can a confidence vote save Sheriff Oborevwori from impeachment as Speaker of the Delta State Seventh Assembly?

A mysterious wind is upon Oborevwori’s sail. The happiest moments of a man are his most vulnerable. He should know. ‘They never let you be famous and happy.’

A vote of confidence was passed on the Speaker, Rt. Hon. Sheriff Oborevwori and the leadership of the Seventh Assembly of Delta State, by its members during plenary yesterday.

Was it a coincidence that the Member representing Ika North East, the governor’s constituency, Emeka Elekeokwuri, moved the motion? Was it also happenstance, that out of the ten members who joined the debate, seven were new members of the house? Neophytes?

Should we wave it off too that, suddenly, on such an auspicious day, the Majority Leader, Tim Owhefere, the would be Speaker, Eric Oharisi, Festus Okoh and a retinue of old timers were absent? Or should we rather jettison the glaring fact that, former Deputy Speaker, Friday Osanebi, and Rueben Izeze who were present, never raised their hands to join the confidence vote debate?

The Ides of March is here! Two dynamics are against Oborevwori.

The lawmakers who sang his praise, “Dem a su-su pon him” when he is not looking. While one laments the Speaker’s inability to hustle money from the governor for their aggrandizement, another frowns that the Speaker, has become inflicted by the old virus that accompanies power. Arrogance!

Don’t accept as true all they said yesterday. They are like gods who kill a man at his happiest hour. Lurking vultures. There is not love there. Just interest!

March is here. The second factor militating against the survival of Oborevwori is domestic. The Professor Oyovwaire’s factor. How?

Intrigues ahead of the 2023 Gubernatorial are gradually unfolding. As much as the Delta Central ‘Urhobo Agenda’ is overriding. Urhobos cannot afford to house a divide among their political ranks. That is where the problem lies.

The Ughelli Political water is getting murkier. Eyeing the coveted governorship seat are David Edevbie, Peter Mrakpor, Kenneth Gbagi and Ovie Omo-Agege. None of these men are political push-overs. They have amassed, clout and financial fortresses. But that is the problem.

There are schools of thought in the Urhobo political circle with faith that if the governorship seat must return to the Delta Central Senatorial District, Okpe kingdom (Sapele and Okpe Local Areas) should be the only consideration. Reason being that, Olorogun Felix Ibru, the first Civilian Governor of Delta State represented Ughelli interest, while Chief James Ibori represented the Ethiope interest. Only Okpe, Uvwie (where Efe Ofoburuku is prepared to run for governor, 2023) and Udu are yet to feel the aura of that seat. They are protesting.

Okpe is not akimbo on their dreams. They have two illustrious sons to further their interest. The number three man in the Delta State’s Political Hierarchy, The Speaker, Rt. Hon. Sheriff Oborewvori and the Commissioner for Works, Hon. James Augoye are Okpe’s products. There are strong indications that they will throw their caps into the 2023 ring.

Nevertheless, while Sheriff Oborevwori is a protégé of the James Ibori’s dynasty, James Augoye belongs to Prof. Oyovwaire’s. Two heavy weight Godfathers who have no love lost.

The bitter political history of the relationship between Ibori and Oyovwaire goes way back to 1999, with the later believing he was the right candidate for Governorship of Delta State as it were. Oyovwaire boasted at one time that he named ‘Delta State’ after its creation by former military head of state, Gen. Ibrahim Babangida.

Oyovwaire felt betrayed. He felt his power was usurped by a 38 years old, free spirited young man, James Ibori. He would not have it. He has not forgiven history. Hence, years after he is named father of government, and at a time when Ibori was still away, incarcerated, he began his reign of terror, to pounce on the residue of Ibori’s political family.

Do you think the fall of Monday Igbuya was a mistake? Many other direct descendants of Ibori’s political dynasty have been either relegated or appointed and frustrated by the Okowa led government. Your guess is better than mine on who is responsible. Igbuya was only among the first casualties. It was sensed that Igbuya would run for governor in 2023. He was fast amassing wealth and power. Oyovwaire would have none of that. If it must be Okpe, then it must be his decision to make. He has his eyes set on James Augoye. Anything short of that must be removed. Plucked off the face of the political space. Thrown into oblivion.

Two things Governor Ifeanyi Okowa has working for him are his silence and brute determination to drive home his interest. He believes in loyalty especially when it is undivided. Igbuya’s sin was blatant loyalty to Ibori. You cannot serve two masters. Or better still be directly loyal to your master’s master. It’s dangerous.

Oborevwori’s political dilemma may be subtly predicated on this fact. It is believed that he is both loyal to Ibori and Okowa. Oyovwaire’s argument is simple. James is only loyal to Okowa. He will make a better and loyal governor. Anything short of that, they would lose out in the political space.

The battle rages on… like Victor Ochei, like Monday Igbuya. Will Oborevwori summon the courage to bow out voluntarily when the ovation is loudest and retain his relevance? Or rather, watch and pray?

The Ides of March is here again. Can a confidence vote save Oborevwori?

ITEVEH EKPOKPOBE is a Journalist and Public Relations Personality, writes from Delta State. 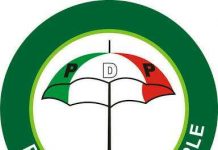