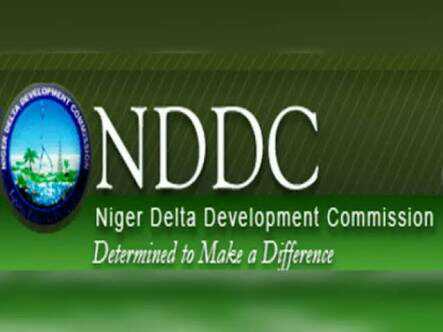 The Isoko Change Advocates, (ICA) has strongly warned and cautioned those it described as “political merchants and disgruntled elements” to stop attempting to distract the Interim Management Committee (IMC) of the Niger Delta Development Commission (NDDC) from the ongoing forensic audit.

The group also warned those sponsoring attacks and all manner of reports of calumny against the Ag Executive Director projects, Cairo Ojougboh, to desist from such act or have themselves to blame, saying the rigorous projects inspection being carried out across the Niger Delta region by the Ag Executive Director projects has so far put greedy contractors on their toes, thereby yielding massive results in terms of projects execution.

ICA noted that following the stance of Ojougboh, contractors are hurriedly returning to site out of the fear of the ongoing inspections/audit.

In a strong worded statement signed by the spokesperson of ICA, Ernest Obi, said the publication by the faceless group, Niger-Delta Women Integrity Vanguard (NDWIV) headed by one Mrs. Grace Nene Iworiso was sponsored by agents of darkness who are working tirelessly to under-develop Niger Delta and frustrate the ongoing forensic audit from seeing the light of the day.

“It is regrettable that one of the sponsors of the attacks against the good works of the IMC is a chieftain of the party from Delta state. The Isoko Change Advocates wish to commend the Interim Management Committee of the NDDC for the wonderful works it is doing to properly reposition the NDDC for the benefits of the ordinary Niger Delta people.

“We want to say that since the forensic audit began and following the continuous projects inspection across the region, greedy contractors are hurriedly running back to site to resume works that have been hitherto abandoned.

“For instance, the Emevor/Orogun road in Isoko North LGA that was long abandoned by the wicked contractor that is handling the project, is now receiving some little attention. The contractor who is a big politician has shamefully and in pretense returned back to site few days ago by supplying some trips of granites to the site. While we want this particular contractor to be well monitored by the IMC, we are aware that the contractor would not have returned to site if not for the forensic audit.

“This is one of the many reasons why we are warning all mischief makers, unscrupulous political merchants, disgruntled elements, faceless groups and all their sponsors, who have vowed to frustrate the ongoing forensic audit due to their illicit and criminal activities which they want to conceal, to henceforth, stand down all their activities targeted against the forensic audit and the IMC especially Dr. Cairo Ojougboh, who is putting all his best to rebrand and redirect the focus of the NDDC so it can deliver efficiently and effectively on the vision of President Muhammadu Buhari for the Niger Delta region.

“We call on all greedy politicians in Niger Delta with under-developing ideology to stay aware from NDDC affairs, so that the Interventionist agency can be judiciously repositioned by the IMC to fulfill its mandate in developing the Niger Delta. It is quite unfortunate that one of the sponsors of the faceless groups like the Niger-Delta Women Integrity Vanguard (NDWIV) that was purportedly set up to discredit and derail the IMC from carrying out its good works is from Delta State.

“He is a known mole that dines with the President Buhari in Abuja but come to Delta State to destroy our party, APC so that the he can jettison the party and defect to the PDP ahead of 2023 governorship election. Let it be on record that Mr. President is not unmindful of the activities of mischief makers like him and his co-travelers, hence, has set up an Advisory Committee for NDDC.

“Therefore, we must prioritize the development of our region and allow this great, selfless and highly experienced men that were appointed by President Muhammadu Buhari himself to do their jobs on behalf of the Niger Delta people”, the statement concluded.