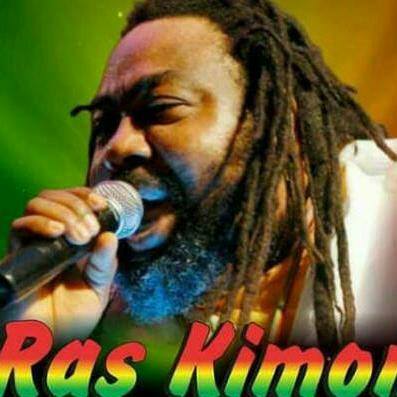 Governor Ifeanyi Okowa of Delta state and reggae artists across the globe are expected to grace the burial ceremony of the late legendary Nigerian reggae artist, Ras Kimono, who passed on in a Lagos hospital on June 10, 2018 after a brief illness at the age of 60.

Briefing the press last week Wednesday on behalf of the deceased family at the Giddys Place in Asaba, the capital city of Delta state, Mr. Theophilus Ehizibue, flanked by the daughter of the later artist, Oge Kimono, said, “Kimono’s journey to eternity will commence on August 17, with a social wake keep at his residence in Magodo, Lagos on August 22.

Thereafter, his former record label, Premier Music, will hold a night of tributes in his honour at Freedom Park on Monday, August 20, while a reggae dancehall party comes up at his Magodo residence.”

Mr. Ehizubue also added that the Association of Music Band Organisation of Nigeria would equally hold a night of tributes at Freedom Park on August 21.

“The Copyright Society of Nigeria’s night of tributes holding at COSON House, Ikeja, Lagos holds on August 22. His lying-in-state will take place at the Lagos Television Blue Roof Arena, Agidingbi, Ikeja, from 9a.m. to 12noon on August 24. His body leaves for Asaba, Delta State on the same day.

“Procession by the Rastas Confraternity of Nigeria will be followed by family, friends and well-wishers. It will terminate at the Cenotaph in Asaba on Friday, August 24, after which interment will follow at his home place at Onicha-Olona on Saturday, August 25, this month.”

Mr. Ehizibue expressed gratitude to the Lagos state Governor, Mr. Akinwumi Ambode for showing interest in the burial through his Commissioner for Culture and Tourism.

“The Governor of Delta state, Dr Ifeanyi Okowa has equally been receptive since he died. He has promised to be part of the burial arrangement. Ras-Kimono is a man that is loved by all and sundry. We expect a thunderous crowd to grace the occasion as a sign of respect to the music legend”, Ehizibue said.

On her part, the daughter of the deceased, Oge Kimono, who is also a reggae artist, urged her father’s fans and well-wishers to received his remains with heart-warming as an indigenes of Delta state, adding that her father will be buried in his home town, Onicha Olona, on August 25 in accordance with the Catholic rites at Our Lady of Lourdes Church at Onicha-Olona in Aniocha North Council area of the state.

According to the family, on August, 26, there will be a thanksgiving and outing service at Our Lady of Lourdes Church at Onicha-Olona.