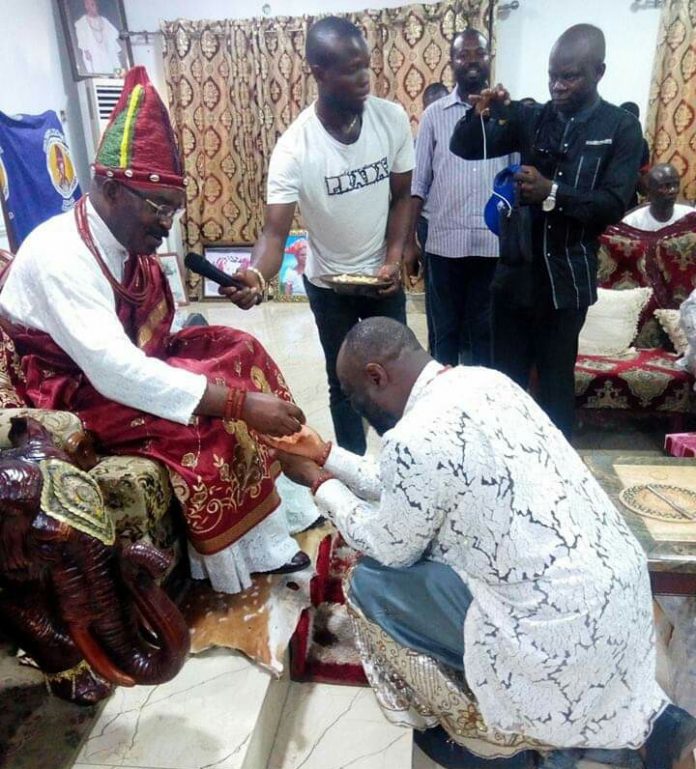 As political activities continue to gather momentum ahead of the February Presidential and National Assembly elections, Isoko nation Friday gave the All Progressives Congress, (APC), candidate for the Isoko federal constituency, Joel-Onowakpo Thomas, (JOT), a rousing welcome back to Isoko land after a month overseas trip.

JOT as he’s fondly called by the people, was received by a mammoth crowd comprising supporters, well wishers, friends, political associates, Isoko APC leaders, elders, members as well as his campaign organisation into Isoko land at the Iyede axis of Isoko North local government area of Delta state where he proceeded to pay homage to the traditional ruler of Iyede kingdom and was given a royal blessing by the monarch.

The well accepted candidate of the APC vying for the Isoko federal constituency seat in the House of Representatives in the 2019 general elections, in company of his campaign organisation in a motor cade stormed some communities in Isoko North for sensitization of the electorates, where he was received at Emevor, Owhe, Owhe-Ologbo, and Ozoro, the home town of his opponent who is the current minority leader and member representing Isoko federal constituency in the house of Representatives, Mr. Leo Ogor and was massively received by the people.

Thereafter, Joel-Onowakpo and his campaign organisation moved into Isoko South local government area to sensitise the electorates, where they were given a rousing welcome at Oleh, Irri, Emede his maternal home town and Aviara his paternal home town where
he was endorsed and given a royal blessing by tge Ovie of Aviara clan, HRM Okoroze 1, assuring the illustrious son of the kingdom that the entire Aviara clan is solidly behind him, Joel-Onowakpo Thomas and has been declared victorious ahead of the February 16, 2019 election.

The event climaxed at the office of the Joel-Onowakpo Thomas campaign organisation, Oleh, headquarters of Isoko South council area.