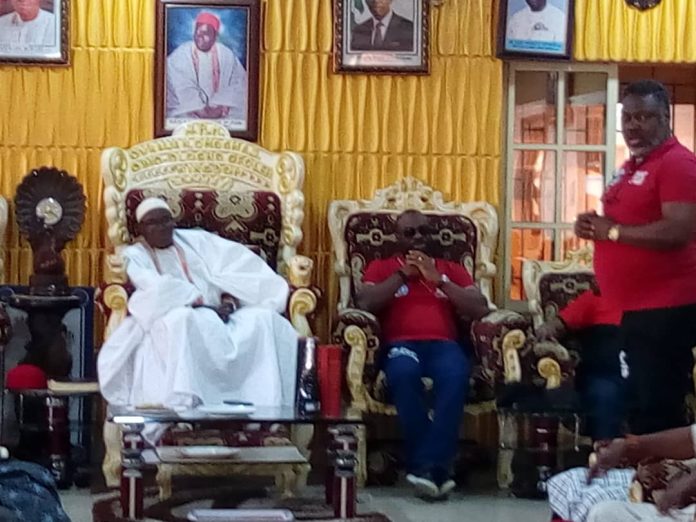 The royal visitations embarked on by the candidate of the All Progressive Congress, (APC), Isoko federal house of Representatives, in the forthcoming 2019 general elections, Mr. Joel Onowakpo Thomas, fondly called called by all as (JOT), to some traditional rulers in Isoko nation, Delta state and the overwhelming acceptance accorded him has sent jittery to the Peoples Democratic Party, (PDP), and its house of Representatives candidate, the minority leader and member, representing Isoko Federal constituency in the house of Representatives, Mr, Leo Ogor.

In the last few days the All Progressive Congress, (APC) candidate for the Isoko federal house of Representatives, Mr. Joel Onowakpo Thomas had led members of his campaign organization on a royal visitations to the Odiologbo of Oleh kingdom and chairman, Isoko traditional ruler’s council, HRM Anthony William O. Ovrawah Omogha 1, the traditional ruler of Ozoro kingdom, HRM Anthony Ogbogbo, Ibuka 1 and the Odiologbo of Otor-Owhe kingdom with overwhelming acceptance and royal blessings accorded the APC house of Representatives candidate.

The visitation is hereby presented in pictorial.