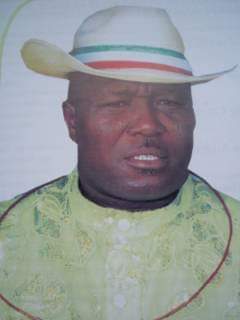 Delta state government had sometimes in August, 2018 during an inspection of the road project by the commissioner for works, James Aguoye, following series of protest and petitions by concerned indigenes and the Isoko Monitoring Group (IMG), declared the project substandard.

It would also be recalled that governor Ifeanyi Okowa, in his quarterly media briefing in government house Asaba, sometimes late last year, acknowledged the defects in the project saying “We take responsibility for all of that” assuring that in no distance time, there shall be improvement in standard.

Despite the outcry by concerned indigenes of the community over the shoddy job by Portplus Limited and declaration of the project as substandard by the state government, the DESOPADEC MD, Ogieh, while speaking with a social critic and investigative Journalist, gave the marine service company’s shoddy job a clean bill of health saying the project is a standard one been executed by the marine service company whose owner is Ogieh’s political ally.

Ogieh, who queried the fight against the substandard project, disclosed that he was personally at Ikpide-Irri community where the project is sited and the job was a standard one and accused the Journalist of always bring down every Isoko son progressing in Isoko land including the owner of Portplus, Emma Emoefe.

“Everybody that is progressing in Isoko your duty is to bring him down. The same thing you were doing to Emma Omojefe.”, insisting that the project is not a substandard project, “I have gone to Ikpide-Irri to see the project myself.”

It is however on record that the same Managing Director of Delta State Oil-Producing Areas Development Commission (DESOPADEC), Askia Ogieh supporting the substandard road project at Ikpide-Irri had while unfolding his action plan for 2020 in a new year message to staff and stakeholders, had tasked community leaders to report all noticeable shoddy jobs by the Commission’s contractors for sanctions and possible determination.

Meanwhile the Journalist revealed that following his conversation with the commission’s head, several persons have reached him that the DESOPADEC MD reached out to them sounding a note of warning through them to the Journalist.

“I am just a Journalist doing my job and I don’t watch my back for any reason as such let me use this medium to notify the general public.”, the Journalist stated when contacted. 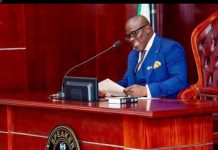 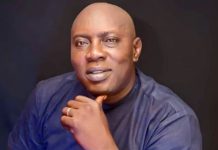