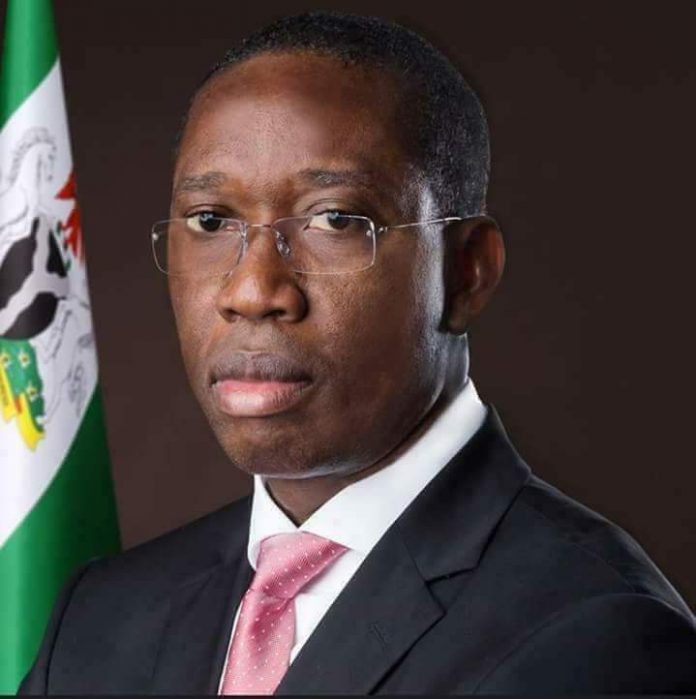 Considering available data, Delta State Government under Senator Ifeanyi Okowa may be entangled in horrid abuses of the state’s finances.

A whooping sum of N43,457,922.83 million have been expended on the renovation and electrical maintenance of the VVIP guest house situated in the State Government House, Asaba, an investigation has unveiled.

As contained in a document under file No. GHA.183/TI/150&151 of the state government, the renovation and electrical maintenance works of the VVIP Guest House, Asaba designed for contract through the selective tendering Process, was handled by one of the close allies and staff of the governor in the government house, a source within the government house disclosed.

The source said the project was a mere conduit pipe to bleed the state finances.

He alleged that the sets of furniture inside the guests houses have been there all along, concluding that the only visible project executed was repainting of the walls.

When consulted, a construction expert and architect, who pleaded anonymity disclosed, that N43 million could conveniently construct a two storey unit of six apartments and a bungalow, or two units of four bedrooms duplex in Delta State.

In the same vein, he also disclosed that N37 million to N42 million could conveniently construct a unit of five bedrooms duplex in Ajah Estate in Lagos State.

In his reaction, the State Commissioner for Housing, Mr. Festus Ochonogor, who disclosed that the project was a government house project and managed from government house, said there were more details to the project than what may have been presented on paper.

According to him, “It is a government house project and managed from the government house. It is all encompassing; there are a lot of flats there. The figures may be striking but the project may be bigger than what it is. The bill of quantity holds more details. You don’t just look at figures. I don’t think just seeing a figure and concluding is right. I am only trying to explain more to you.”

The Permanent Secretary, Government House and Protocol, Mr. Eddy Ogidi-Gbegbaje who signed off the memo for approval could not respond at press time.

All efforts to reach him hit the rocks as calls and text messages put across were neither answered nor replied.