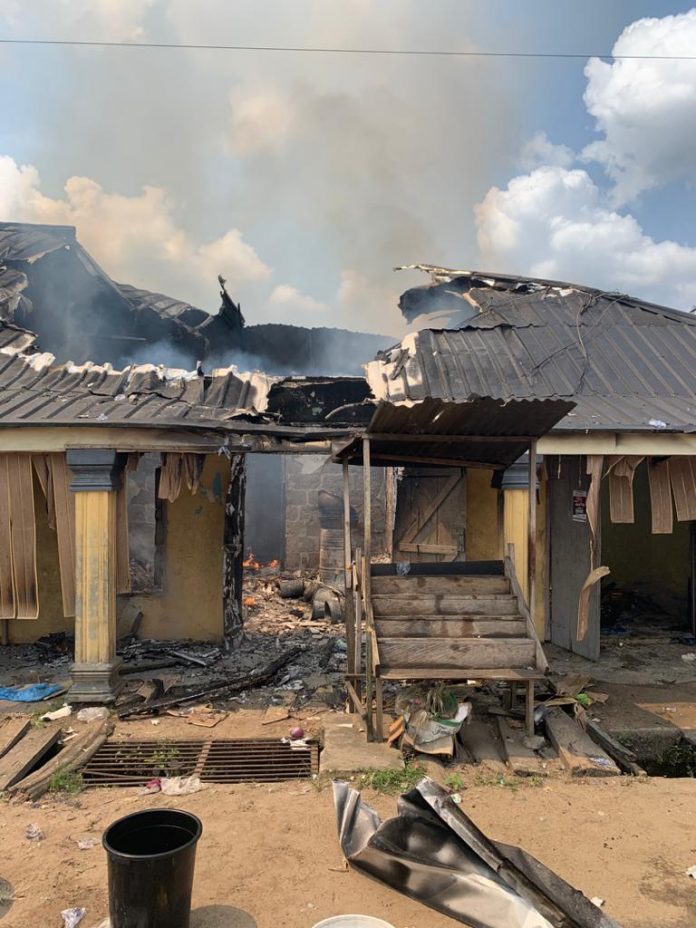 On Wednesday, no fewer than five persons in Emede community also in Isoko South council of the state were killed while over ten houses set ablaze by armed youths of Igbide community following a land dispute between the two communities.

Our crime correspondent reliably gathered that the crisis, which began on Tuesday, snowballed into a full blown bloody crisis when the Igbide armed youths invaded Emede community killing five people with houses and properties razed down.

It would be recalled that age-long boundary dispute between the two communities had between 1986 and 1987 resulted to the death of hundreds of people, including houses that had been damaged.

In the exclusive video obtained by this medium, the youths of Igbide community were seen boasting calling on Emede indigenes to come out and face them and the same time setting ablaze houses and properties belonging to the people of Emede.

Meanwhile reacting to the bloody crisis which has claimed over five lives, the chairman of Isoko South local government area, Itiako Constantine Ikpokpo, said the development was so embarrassing and attributed the crisis to failures of leadership in both communities.

As at the time of this report, the police authority in the state has confirmed the bloody the crisis while a combined team of security personnel have been drafted to the area to maintain law and order.